Thaddeus Owen: The Truth About Biohacking 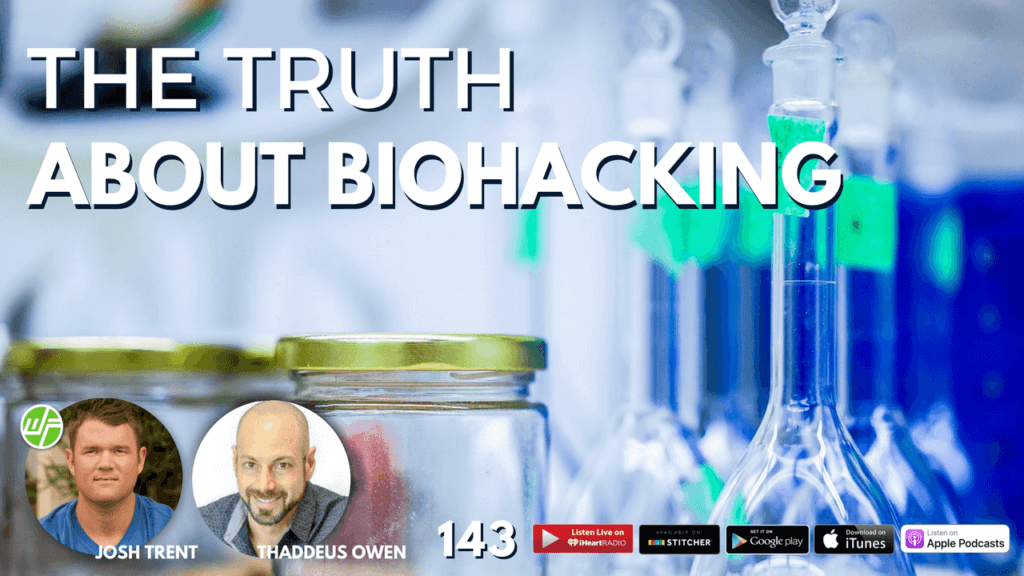 Thaddeus Owen: The Truth About Biohacking

“I understood from a young age that having a powerful body lead to a more powerful and clear mind and how much eating and movement had to do with how we show up in the world.” – Thaddeus Owen

This ocean of information online leads millions of people to the false-promised land every day from clickbait sites, facebook ads, and even more concerning now with a 2017 trend emerging towards getting the body, abs, and fitness people want in weeks rather than months, there is a new segment of our industry that is growing fast: Biohacking.

But do the biohacking claims about using wires, lights, pills, tubes and devices truly stack up against the power of doing the deeper emotional inventory around why someone's health suffered in the first place? What is our body's response to blue light and how do we biohack for wellness in the EMF/WiFi congested and artificially lit up world that so many work and live inside of?

Can we combine biohacking with the physical and emotional intelligence needed to live life well?

Join us on Wellness + Wisdom 143 as we answers these questions and explore the truth about biohacking with Thaddeus Owen, Co-Founder of PrimalHacker.

'Everyone's truth and exploration of life is on a different path. You must understand yourself and your own truth by seeking for the things that will build you up from the inside out.' - @PrimalHackrClick To Tweet

Listen To Episode 143 as Thaddeus Uncovers:

'I understood from a young age that having a powerful body lead to a more powerful and clear mind and how much eating and movement had to do with how we show up in the world.' - @PrimalHackr Click To Tweet

“I understood from a young age that having a powerful body lead to a more powerful and clear mind and how much eating and movement had to do with how we show up in the world.” – Thaddeus Owen

“I can't work in a job that doesn't provide some kind of benefit to humanity, and that's why founded PrimalHacker.” – Thaddeus Owen

“We see people dead on gurneys all the time that have six pack abs, have run marathons, and might look amazing; outwardly there were Adonis's is but inwardly they were not healthy. To me, real wellness comes from the inside. How comfortable do you feel in your own skin? How excited are you about life and exploring all the possibilities around you? Wellness to me is being curious, being excited to get up every day, and being comfortable with who you are from the inside out.” – Thaddeus Owen

“A lot of people want to get healthy and well quickly so they tend to copy someone else who has had biohacking success, but they don't actually know for themselves why they're doing it.” – Thaddeus Owen

There is increasing concern about the types of problems that might be caused by our constant exposure to blue light, from computers and televisions and other modern technology. By cutting out the blue light, Thaddeus Owen says he sleeps much better and reduces potential problems with vision or cancers. Thaddeus is a sustainability manager, a national leader in developing a zero-waste philosophy within industry and turning sustainable ideas into reality. Along the way, he has become a passionate advocate for responsible use of technology and our daily encounters with blue light. He wears sunglasses indoors and at night, and thinks the rest of us should too. 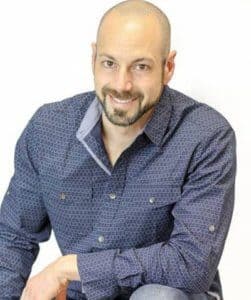 Thaddeus began his journey outdoors, camping and fishing as a boy in the Adirondacks and Central NY forests. After a decade spent developing pharmaceutical products, he just couldn’t face another day adding terrible ingredients like high fructose corn syrup and numerous red dyes into children’s medicine. He shifted gears and engineered a successful work from home assignment following Tim Ferriss’s 4 Hour Workweek. From there, he was able to find a way to incorporate more movement, nature and sunshine into his work environment.

After learning about biohacking from the man who coined the term, Dave Asprey, Thaddeus healed his own anxiety, lowered his blood pressure and fixed his sleeplessness using biohacking, PrimalHacking and Qigong. He spends his free time experimenting on himself in hopes of helping others on their journey. He writes about his experiments on PrimalHacker.com. He also spends time with his two boys learning martial arts, shooting arrows at targets and hiking.

Thaddeus is a certified Bulletproof Coach from the first ever class of coaches, holds a personal training certification, nutrition certification, Master’s degree in Holistic Nutrition and studied Chemical Engineering a long time ago.