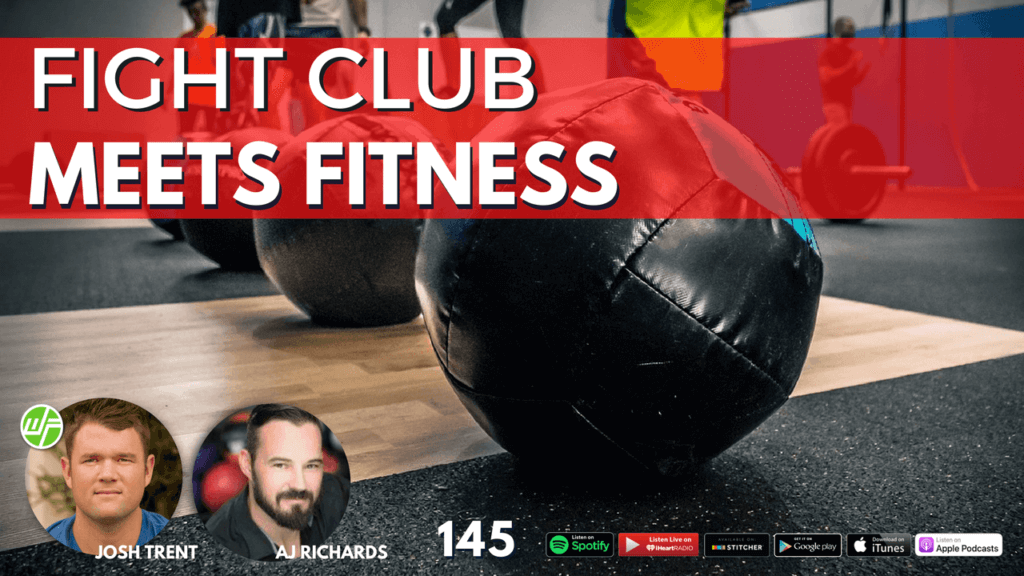 “Physical strength goes much deeper than looks and has a profound impact on our thoughts and feelings of self-worth.” – AJ Richards

Join us on Wellness + Wisdom 145 at the Spartan World Championships in Lake Tahoe as we talk with AJ Richards, CEO of Rush Club Nation.

Rush Club is creating “content to motivate” with the first head-to-head competitive fitness event, as they inspire people to exercise and welcome fans to participate and go for the title. AJ shares the stories and journeys of competitors to touch, move, and inspire viewers to action. He believes that when people emotionally connect and see what is possible from these everyday athletes, it will awaken a fire within them to exercise, transform their health, and live life to the fullest.

“In order to evolve, you must be willing to seek a new way of being.” – AJ Richards @RushClubNation – bit.ly/2zTwk1w
Powered By the Tweet This Plugin

Listen To Episode 145 as AJ Uncovers:

“Strength goes much deeper than looks and has a profound impact on our thoughts and feelings of self-worth.” – AJ Richards @RushClubNation – bit.ly/2zTwk1w
Powered By the Tweet This Plugin

“A gym is a dead space with no value until a person has a transformation and decides to go in.” – AJ Richards

“We exist to touch, move and inspire viewers to action.” – AJ Richards

“The stigma that weightlifting makes women bulky is coming to an end.  We see moms excited to get traps, triceps, and loving the definition.” – AJ Richards

“Growth won't occur if you're stuck in your own view of the world.” – AJ Richards

“Most of the marketing and information you receive is not to support the ultimate health of your body, it's to sell products.” – AJ Richards

“The answer to ending conflict is training. Once somebody is happy with who they are, there is no reason to pick a fight.” – AJ Richards

Rush Club Competitive Fitness Championship  is about creating and telling compelling stories of the human spirit. Stories about heroes who refuse the call to be ordinary and cross the threshold to pursue the call to victory. Stories about how people are tested, how they overcome enemies both inside and out. Stories about seizing the sword, going into battle, and emerging victorious.

RUSH CLUB is a weight class based, Head-to-Head, competitive fitness event. We exist to touch, move and inspire viewers to action.

Throw your hat in the ring and submit your qualifier to be featured on the RUSH CLUB stage.

Match up in your weight class against an equally matched undercard and win your way into a TITLE match.

You think you've got what it takes when the lights are shining on you and the audience is on your heels?

There's only one way to find out… PROVE IT

Register To Compete In Rush Club

AJ Richards served in the Utah National Guard and started a few businesses over the years.  AJ is also an entrepreneur and the CEO of Rush Club Nation. He was born in Southern Utah and spent much of his childhood playing with cousins at the family cattle ranch. He dropped out of high school his senior year and joined the military. From the age of 16 until he deployed, AJ went through a new job every three months. In 2005 he deployed with his field artillery unit to Ramadi, Iraq.

After returning from Iraq, AJ took a job but found himself miserable selling pest control door-to-door. He was depressed and was soon misdiagnosed by doctors with PTSD. He chose to not take the prescribed antidepressants, he started exercising and discovered CrossFit as a way to enhance his mental and physical wellbeing.

AJ opened his own CrossFit gym in 2011, in 2013 he had an idea to do with CrossFit athletes and competition what Dana White did with the UFC. He took CrossFit and made it entertaining and added weight divisions. With only 3 years invested,  AJ is the CEO of Rush Club Nation. He’s been figuring out how to manage Rush Club’s popularity and massive growth while figuring out how to scale nationwide and globally.