“The woke mentality steals the ability for people to have gratitude. No matter how shitty the situation is, if we can cultivate a sense of gratitude, then it gives us the option of agency…

…I can be grateful for the challenge that I have, and then you can start moving forward, or you experience despair which means your progress has stopped and you’re done. You’re either going to die now or you’re going to die later, but your situation isn’t going to change.” – Robb Wolf

A 2X New York Times Bestselling Author, Father, and Founder of Healthy Rebellion, Robb Wolf, comes for the 4th time on Wellness + Wisdom to talk about the current problems in our society, why he believes another crisis is coming, and what mental health means to him.

Are you prepared to discover why nuclear energy is actually good for the planet and how you should get ready for another global crisis after COVID-19?

In this episode, Robb and Josh discuss why it's important to be ready for the unpredictable, the role that community plays in everyday life and in crisis, and how changing your difficulties into strengths can change your life.

The woke mentality steals the ability for people to have gratitude. No matter how shitty the situation is, if we can cultivate a sense of gratitude, then it gives us the option of agency. - @robbwolfClick To Tweet 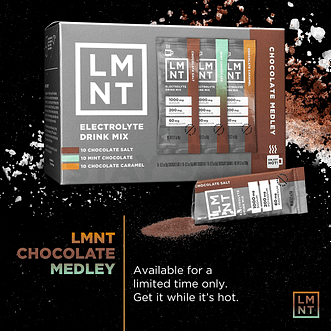 Designed to be enjoyed hot on its own, or swirled into your favorite recipes, LMNT’s Chocolate Medley delivers a tasty way to mix healthy hydration into the holidays.

[1:30] The Lack of Information about Energy

[17:22] Renewable Energy Is Not Enough for The World

[38:00] Teaching the Fundamentals in Order to Master a Skill

[44:10] The Power of Turning Our Difficulties into Strengths

[1:08:07] Debt-Driven Economy: Is an Economic Collapse Only a Matter of Time?

[1:12:40] The Dangers of Cryptocurrencies and Stocks

[1:20:14] Acknowledging The Potential in Others

It doesn’t matter what your situation is, you can improve it. - @RobbWolfClick To Tweet

Being Ready For The Unpredictable

“There are a lot of folks that are afraid of facing some of these darker realities because of the anxiety they produce just thinking about economic stuff and global upheaval. But a little bit of investment in downside risk mitigation really helps you sleep at night.

But then the advice I need, and what I’ve been realizing, I’ve been too good at that, I’ve invested too much in that. I’ve been preparing too much for the end of the world instead of preparing for a better world.” – Robb Wolf

Robb Wolf, a former research biochemist is the 2X New York Times/WSJ Best Selling author of The Paleo Solution and Wired To Eat.  Robb has transformed the lives of hundreds of thousands of people around the world via his top ranked iTunes podcast, books, and seminars.

Robb has functioned as a review editor for the Journal of Nutrition and Metabolism (Biomed Central) and as a consultant for the Naval Special Warfare Resiliency program. He serves on the board of Directors/Advisors for Specialty Health Inc, The Chickasaw Nation’s “Unconquered Life” initiative, and a number of innovative start-ups with a focus on health and sustainability.

Wolf has provided seminars in nutrition and strength & conditioning to a number of entities including NASA, Naval Special Warfare, the Canadian Light Infantry, and the United States Marine Corps.

Robb lives in Texas with his wife Nicki and daughters Zoe and Sagan. 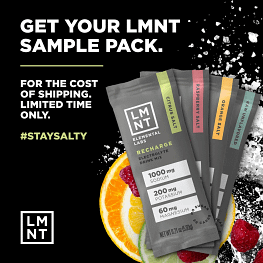 Click here to get your FREE LMNT Recharge Sample Pack
(with any purchase!)

A tasty electrolyte drink mix that is formulated to help anyone with their electrolyte needs and is perfectly suited to folks following a keto, low-carb, or paleo diet.

For a limited time, get your LMNT Sample Pack with any purchase. Limit one per customer.