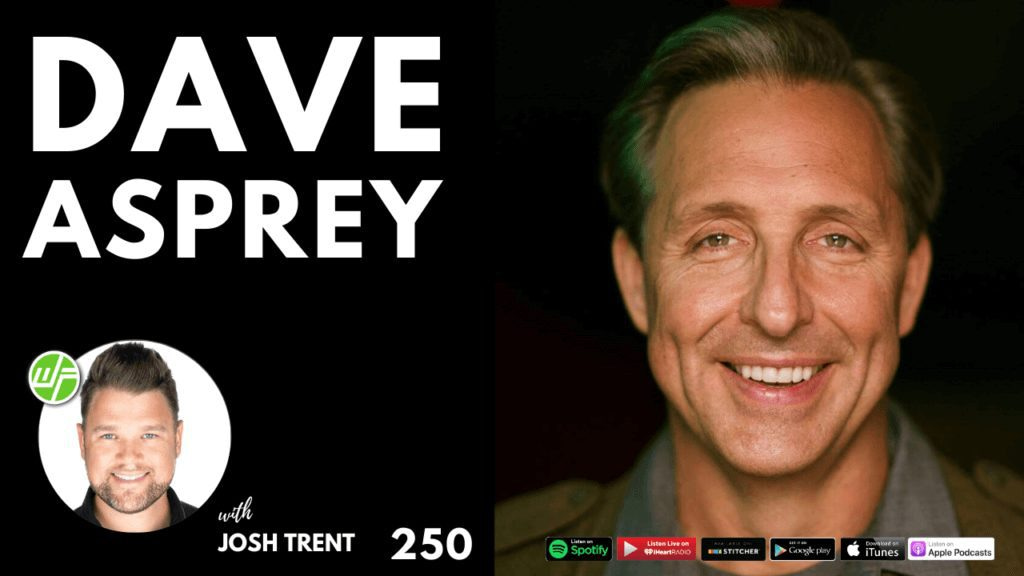 “The antidote for negative thinking is gratitude. Finding just one thing you can be grateful for in a moment where you’re on edge will flip a switch in your brain that brings passion, curiosity, and a new perspective.” – Dave Asprey

Is hacking your emotional intelligence, consciousness, and ego to become a high performer actually easier than you realize?

On Wellness + Wisdom episode 250, New York Times bestselling author, podcast host of Bulletproof Radio, as well as Founder and CEO of Bulletproof, Dave Asprey, reveals how you can hack your emotional intelligence, discusses several of the 46 Laws for High Performance from his latest book, Game Changers, and teaches you how you can rewire the brain, stop the negative voice in your head, and let go of shame.

More About The Book

The bestselling author of Head Strong and The Bulletproof Diet answers the question, “How can I kick more ass at life?” by culling the wisdom of world-class thought leaders, maverick scientists, and disruptive entrepreneurs to provide proven techniques for becoming happier, healthier, and smarter.

When Dave Asprey started his Bulletproof Radio podcast more than five years ago, he sought out influencers in an array of disciplines, from biochemists toiling in unknown laboratories to business leaders changing the world to meditation masters discovering inner peace. His guests were some of the top performing humans in the world, people who had changed their areas of study or even pioneered entirely new fields. Dave wanted to know: What did they have in common? What mattered most to them? What made them so successful—and what made them tick? At the end of each interview, Dave asked the same question: “What are your top three recommendations for people who want to perform better at being human?”

After performing a statistical analysis of the answers, he found that the wisdom gleaned from these highly successful people could be distilled into three main objectives: finding ways to become smarter, faster, and happier. Game Changers is the culmination of Dave’s years-long immersion in these conversations, offering 46 science-backed, high performance “laws” that are a virtual playbook for how to get better at life.

Emotional intelligence is hackable and you do have to do the work but maybe you can do the work more effectively. There can be a fast path instead of a slow one. - @bulletproofexec of @bpnutrition Click To Tweet

What works for the game changers in this book, can work for you! Bulletproof is giving away $175,000 worth of some of the INCREDIBLE life and wellness enhancing technology and cutting-edge health services and treatments that Dave and others use to live smarter, faster and happier.

Click here for a chance to win any of these extraordinary gifts.

There's so much that we can do on this planet and I don't want to waste time getting to the next challenge. We're here to evolve as human beings. - @bulletproofexec of @bpnutrition Click To Tweet

“Your body is a very powerful pattern matching system and it'll match patterns of threats long before you can think about them. You might feel at unease about something that triggers you and you don't even know why. Then you end up making a story about why you feel that way and the story probably isn't even true. Even worse, we beat ourselves up afterward for reacting to this made up story. The first thing to do to permanently let go of a trauma so that the pattern matching no longer matches the pattern is actually gratitude.” – Dave Asprey

“Consciousness is your ability to be aware of what's actually happening in the world around you instead of your story of what's going on. If you want to be conscious and you want to be free, you have to understand that the ego is part of this ancient bacteria operating system that keeps you alive. The ego isn't going to go away but if you let it drive instead of you, bad things will happen. At Bulletproof, we want to engage people's ego to then dissolve the ego.” – Dave Asprey

“Understand that so much of your decision making is an emergent phenomenon from ancient bacteria who think they're in charge. This probably comes from what's in your gut and the way it talks to the bacteria that run your power systems and your environmental sensing systems. If you understand that you are not the voice in your head, you just share a hardware with it, it's not you and it doesn't even share your best interest at heart, that can unlock so much consciousness, emotional intelligence, and even just the ability to show up, not in a big way, but just to dinner.” – Dave Asprey 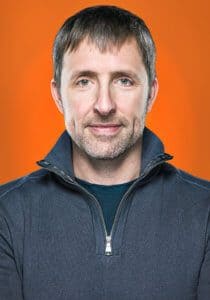 Dave Asprey, the founder of Bulletproof and author of New York Times bestseller The Bulletproof Diet, is a Silicon Valley investor and technology entrepreneur who spent two decades and over $1 Million to hack his own biology.

Dave lost 100 pounds without counting calories or excessive exercise, used techniques to upgrade his brain and lift his IQ by 20 points, and lowered his biological age while learning to sleep more efficiently in less time. Learning to do these seemingly impossible things transformed him into a better entrepreneur, a better husband, and a better father.

Dave is the creator of the widely popular Bulletproof Coffee, host of the #1 health podcast, Bulletproof Radio, and author of the New York Times bestselling books, The Bulletproof Diet and Head Strong.  Through his work Dave provides information, techniques, and keys to taking control of and improving your biochemistry, your body and your mind so they work in unison, helping you execute at levels far beyond what you’d expect, without burning out, getting sick, or allowing stress to control your decisions.